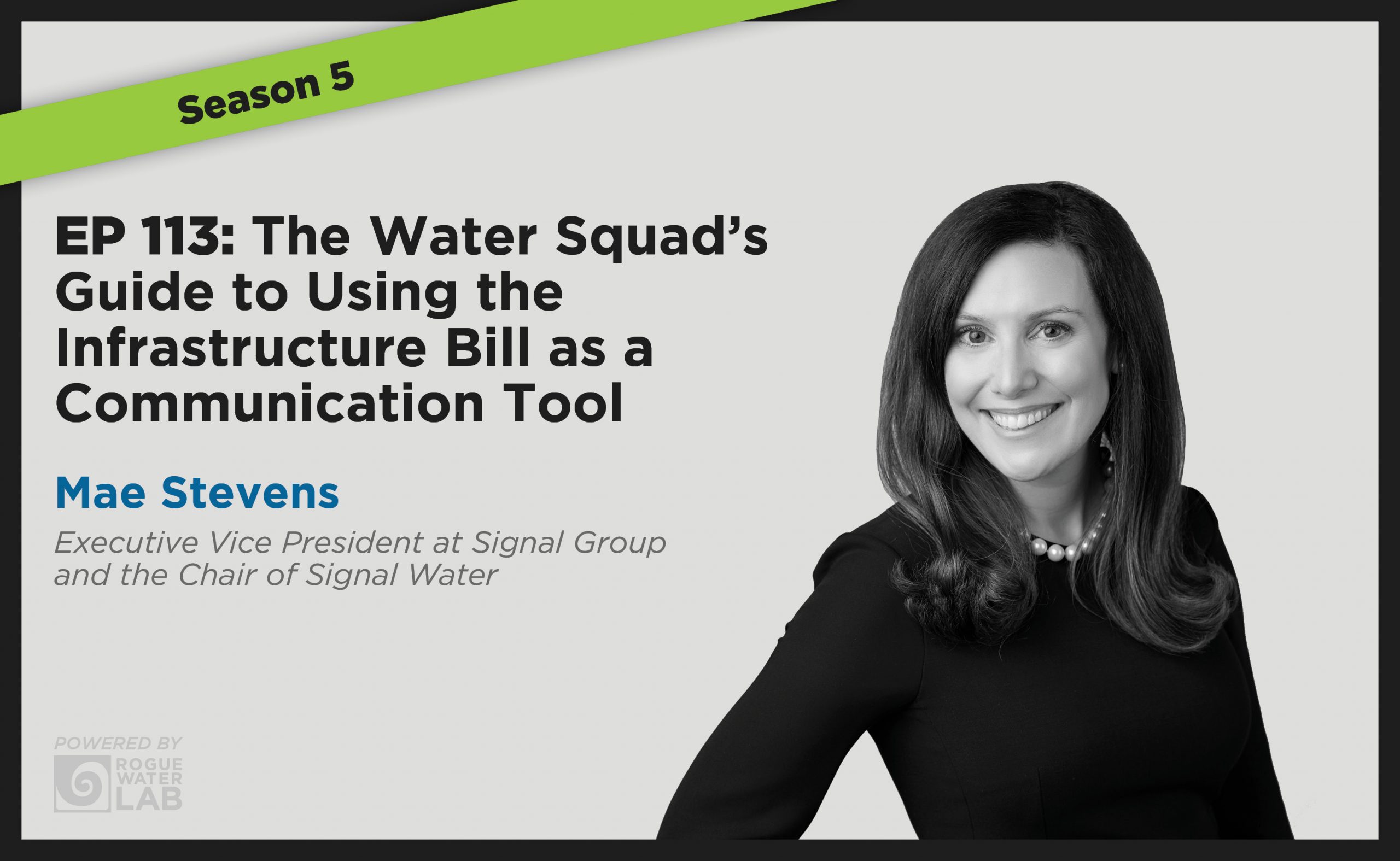 Mae breaks down the details of the Infrastructure Bill specifically tailored to the water sector. We discuss actionable ways utilities can use this bill as a tool to open dialogues with all of their stakeholders including elected officials, advocacy groups, and customers. Check it out!

Mae Stevens is an Executive Vice President at Signal Group and the Chair of Signal Water. Mae provides strategic environmental and infrastructure policy expertise to a diverse range of corporate, municipal, and nonprofit clients. Most recently, she served as Environmental Policy Advisor to Sen. Ben Cardin (D-MD), winner of the 2020 US Water Prize. She handled the Senator’s responsibilities as the top Democrat on the Transportation and Infrastructure Subcommittee on the Senate Environment and Public Works Committee, including staffing the Senator during the crafting and passage of the FAST Act and the 2016 and 2018 Water Resources Development Act bills.

During her seven-year tenure on Capitol Hill, Mae was responsible for the Senate Democrats’ response to the Flint water crisis, and focused most of her time on the intersection of water, equity, and affordability, and generally how to make cities and towns even better for the people who live and work there. She also spent nine years working with various nonprofit environmental organizations and think tanks. A sought-after public speaker, she has presented at the Democratic National Convention and her work has appeared in the Washington Post, Politico, Wonkblog, and Wired, and she was a featured guest on Fox Business News. Mae holds a master’s degree from Columbia University and a bachelor’s degree from The George Washington University.

Posted in
← EP112: The Water Squad’s Guide to Working with CreativesEP114: Communication in Water: Mastering the Marathon →